Cash incentives are to be given to overweight patients in a trial aimed at tackling obesity in Scotland. 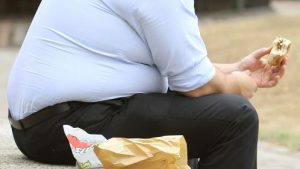 The study, to be launched this year, will involve obese men being offered up to £400 cash paid directly into their bank accounts if they meet weight-loss targets.

With obesity rates rising, experts want to see if the incentives are an effective way of persuading people to lose weight. More than 100 obese men will be recruited and given weight-loss advice and encouragement via mobile phone text messages.

Half of the men will receive up to £400 if they achieve weight loss targets — for example, losing 10 per cent of their body weight over 12 months.

The cash payments will be made in instalments over the year. The researchers will study whether the men who receive the payments are more successful at losing weight than those who don’t.

Anti-obesity campaigners have said that taxpayers’ money should not be spent paying people “to do something which they should do for themselves”.

Tam Fry, spokesman for the National Obesity Forum, said: “Paying people to lose weight does not promote sustained weight loss. The NHS just doesn’t have that kind of money to throw away.”

According to latest figures, about two thirds of Scottish adults are overweight and about a quarter are obese.

Millions of pounds of taxpayers’ money has been spent on education schemes to try to help people lose weight, such as prescribing diet and exercise classes, without much success.

More money is spent by the NHS on treating complications of obesity, such as diabetes, heart disease and cancer. The latest trial is being run by Pat Hoddinott, professor of primary health at the University of Stirling, and funded by a research grant of more than £487,000 from the NHS’s National Institute for Health Research.

Professor Hoddinott said: “Being obese causes 5 per cent of deaths worldwide and puts people at greater risk of diseases like diabetes or some cancers.

“This study looks at whether interventions which show promise can help obese men lose weight and keep it off. This is based on research showing that modest payment helps men change their diet and physical activity habits.

At first only men will be included because they “rarely participate” in traditional weight-loss programmes. Men will be eligible if their waist measurement is over 40in or if their body mass index is over 30.