Giving up carbs
While it’s widely accepted that processed carbohydrates, such as white bread and pasta, can contribute to weight gain, wholegrain or complex carbohydrates are actually needed for weight loss. 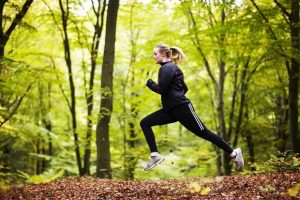 “You won’t lose weight by giving up wholegrain carbohydrates, such as brown rice, because these contain lots of fibre so we feel fuller longer, which is important when dieting and trying to regulate appetite,” says the independent dietician, Dr Sarah Schenker.

Complex carbs also have a lower glycaemic index (GI) — a measure of the rate at which sugar is digested, so you’re less likely to have a sudden rise in blood sugar followed by a sudden drop and then feel like snacking.

“The issue with carbohydrates and weight loss is more to do with portion control,” Schenker says. “We are unlikely to ask for a second piece of salmon because protein is very satiating. However, it’s harder to regulate another spoonful of pasta. What I suggest is limiting the heavier, more calorie-dense healthy carbohydrates, such as oats, rice or pasta, to one meal. Then go for other carbohydrates, such as butternut squash or corn on the cob, at others — these are lighter in calories but will still help you feel full.”

Extreme exercise
It’s tempting to work out until you’re worn out because the laws of thermodynamics suggest that if we expend more energy than we consume, we’ll inevitably lose weight.

Although exercise does increase metabolism — the rate at which we burn calories — when we push ourselves too much it can have the opposite effect and actually prevent weight loss, says Shona Wilkinson, the head nutritionist at NutriCentre.com.

“Pushing ourselves to do long runs and jogs can cause the body to release the stress hormone cortisol to keep us going. This, however, encourages fat storage around our middle.”

Instead, Wilkinson suggests interval training, which gets the heart working and boosts fat loss but controls the release of cortisol. “Also try increasing your strength and resistance training. This will help to build lean muscle mass and increase metabolism, as well as burn calories, which will ultimately lead to fat loss.”

Diet pills
For those seeking a quick fix, the plethora of over the counter slimming pills would seem to offer a solution, especially when they make enticing claims such as the ability to block fat, boost metabolic rate and kick cravings. Little wonder the diet pill market is worth more than £125 million.

According to Dr David Ashton, a consultant epidemiologist and medical director of the Healthier Weight clinic, such products are a waste of time. “There is no scientific evidence to support the claims most of them make. And if any do make a difference, it is usually marginal and unsustainable.”

He says that pills can also prevent weight loss because they are a distraction. “People who use them become less focused on what they are eating because they think they are already doing something to help lose weight — so they can end up consuming more calories.”

Skipping breakfast
This has always been a popular option for dieters because it means missing out on the 250 calories which makes up an average breakfast. By the time you get to lunch you’re already on a calorie deficit.

Realistically, however, it’s more likely that those who skip breakfast overcompensate for those missing calories by eating more at lunch or dinner, or snacking on quick-fix sugary foods to beat hunger pangs.

In fact, research shows that people who skip breakfast tend to be heavier than those who don’t. A recent study by Louisiana State University found that a 250-calorie serving of oatmeal for breakfast resulted in reduced calorie intake at lunch.

Eating little and often
Many dieters believe that eating little and often staves off hunger pangs, keeps the metabolism on an even keel and so keeps weight down. The problem with grazing, however, is that many people ignore the bit about eating “a little” and focus on the “eat often” bit. Grazing in this way can make it harder to lose weight.

Rather than grazing, it is better to hold out and eat three regular meals. This is because when we eat, our body releases insulin — a hormone that helps carry sugar into the cells to burn as energy. This sugar energy will keep us going for about three hours, after which our bodies will start using energy from our fat stores. So if you eat breakfast at 7.30am and lunch at noon, you’re more likely to burn more fat.

Research led by the Institute for Clinical and Experimental Medicine in Prague, found that people with type 2 diabetes who ate two large meals a day lost more weight than when they consumed six smaller meals with the same amount of calories.

Going fat free
Traditionally fat has been rejected by dieters for its association with high-calorie food. All types of fat are high in energy. A gram of fat, whether saturated or unsaturated, provides 9 calories of energy compared with 4 calories for carbohydrate and protein.

However, healthier unsaturated fats can help with weight loss. For example, omega-3 fatty acids (found in oily fish) have been shown to help reduce our addictive tendencies, including the sugar habit, says Dr Sally Norton, a former NHS weight loss surgeon and founder of vavistalife.com. “Fatty food also slows our stomach emptying, helping us to feel full for longer.”

Be aware that many processed low-fat or fat-free foods can have as many or more calories than the full-fat versions of the same foods, making it harder to lose weight.

The lower-fat claim simply means that the food is 30 per cent lower in fat than the standard equivalent. So if the type of food in question is high in fat in the first place, the lower-fat version may still be high in fat.

Analysis of several studies by the Harvard TH Chan School of Public Health found that low-fat diets are no better for long-term weight loss than high-fat ones.

Sticking to salads
Salads may appear to be the perfect weight loss food because of the low calorie content of green leafy vegetables. However, they can contain hidden calories, so eating them can make it hard to lose weight, says Mel Wakeman, a registered nutritionist at Birmingham City University. “Dressings can contain fat, which will increase the number of calories you have and components such as avocado and nuts, though sources of healthy fats, will still load on the calories.”

Processed salads available from fast-food chains and supermarkets can be especially high in hidden calories. An analysis of Pret A Manger’s “superfood” salad revealed that, without dressing, it contains 431 calories and 17.9g of fat, but 662 calories and 41.7g of fat if the dressing is added.

Another problem is that salads may not be especially satisfying, Schenker says. “The perception is that they are not really a filling meal so if you eat them as part of a diet you may be more inclined to give up.”

To avoid this she suggests serving an undressed leafy salad with a piece of warm salmon, flavoured with spices, and cooked green beans. “This will be warm and flavoursome and feel more like a meal.”

Not eating after 7pm
It’s often thought that eating at night will lead to weight gain since we are less active at this time of day and so there’s less scope to burn off the calories we consume.

However, the body doesn’t suddenly decide to turn food eaten after 7pm into fat even though metabolism may slow down as you sleep. Conversely, you may find yourself eating earlier in the day, in advance of the self-imposed curfew. So not eating all evening could make it harder to lose weight.

According to the US Department of Health’s Weight Control Information Network website, it doesn’t matter what time of day you eat. “It is what and how much you eat and how much physical activity you do during the day that determines whether you gain, lose or maintain your weight.”