HomeStay FitWhy More And More Older Women Are Now Getting Involved With The Fitness Sector? 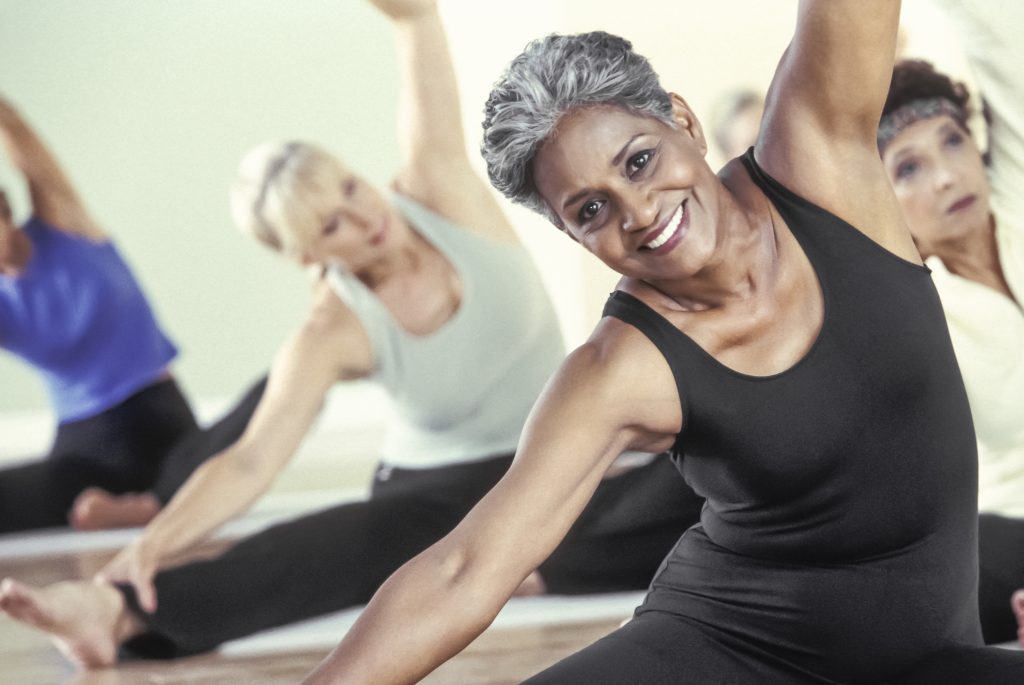 More and more women are now getting involved in the fitness sector. The fitness sector is not just full of the young and beautiful. It is full of the more mature and beautiful as well. You will be likely to mistake a women’s age on Instagram because of their smooth skin and ability to keep constantly active. We conventionally determine older people to be lifting their winning bingo ticket on a Wednesday night rather than lifting a deadlift from a squatted position. The conventions of age have changed and it is a testament to the power of fitness and a testament to the mindset of so many women who have embraced a lifestyle of healthy eating and activity.

We are in an era of mass assimilation due to the nature of our world. Digital platforms allow us to cultivate knowledge of nearly anything. This is the case for the fitness and nutrition sectors that are enjoying copious amounts of exposure. Many people are eager to blog of their experiences and act a guru to other people who are engaging within fitness and nutrition practices. Many of these bloggers are people who lived prior to the current fitness boom. They are fully embracing it and there is a number of reasons why.

There are a lot of alternative modes of fitness available nowadays. The alternative that has the largest and most dedicated following is Yoga. A Harvard study states that Yoga has risen grown by over 50% in the last four years from 20 million practitioners to a staggering amount of 36 million practitioners. These numbers are concentrated from the US market but it still shows a rapid incline. A yoga demographic survey from Yoga alliance found that 62% of women under over 45 years old are interested in doing Yoga.

The facts state that older women are more inclined to pursuing Yoga than any other demographic. I believe that this is best hypothesized and therefore explained by Maslow’s, ‘Hierarchy of Needs’ (1970). Maslow attempted to explain the motivations of people and developed a pyramid scheme that defined the dynamic principles of wants and needs for everyday people. He believed that motivational needs transcended culture and were common between all humans. MeenaPraminickfrom Bhagalpur University applied Maslow’s theory to separate demographics and found that a persons needs become more conspicuous and change as they age.

The study founded that people entering the twilight of their lives focused more upon physiological and spiritual needs. They want to fulfill these to either develop a greater sense meaning or a sip from that fountain of youth. This is understandable and it relays the innate fear of aging that hangs over all of us. The interesting data that derives from Praminick’s study is that self-actualization is most prominent in younger and older subjects. Yoga is a means to achieve this and is even praised for its positive impact regarding our quality of life.

Due to the influx in engagement among these certain demographics there has developed a market and with any product you need a figurehead. Maslow believed that needs are common between all human. We could argue that the needs for physiological sustenance are common between all older women. The alternatives of Yoga and fitness professions provide ample opportunities for this demographic to enjoy a fitness lifestyle. All of these aspects factors into the reason why older women are joining the fitness sector in abundance.