There is a reason why it is called afternoon tea. And it is the same reason why dieters know they need to be careful come 4pm: that is when the cakes start calling to you. 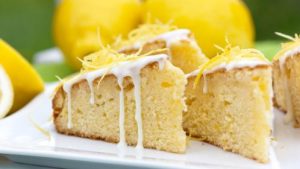 Scientists have found that a lovely lemon drizzle, glistening enticingly in the office kitchen, makes a more persuasive case to be eaten in the afternoon. So, too, do all the other foods you should avoid, from chocolate to cheese, McDonald’s to macaroons.

And the reason why may be simply that after a working day spent avoiding Facebook, gossip and the vending machine, your willpower has run out.

For the research, published in the journal Food Quality and Preference, 300 women filled in a survey designed to test their views on the desirability of unhealthy food. The test was a standardised computer questionnaire that looks at automatic preferences and the speed taken to make decisions about them. Psychologists use it to infer people’s instinctual reactions.

The scientists were concerned that psychological research into food preferences did not always factor in the time of day and they felt this might unwittingly affect results. What they found strongly suggested that it did.

People were far better disposed to a nice chocolate fudge cake or pizza in the afternoon than in the morning, even when their level of hunger was taken into account.

“One reason for this could be that foods are not considered appropriate at certain times,” Ashleigh Haynes, from the University of Liverpool, said. “It could just be that later in the day people are more receptive to eating these kinds of foods. Perhaps if they are offered a pizza in the morning they think, ‘I won’t do that, it’s the morning.’”

She said that did not fully explain the results, however, and that another factor may be dwindling willpower. “There is this idea that self-control is a limited resource. As you exert it, less becomes available,” Dr Haynes said. “We found later in the day people are less able to control automatic reactions.”

Dr Haynes said that while her fellow researchers should make sure their food experiments factored in the time of day, there were also consequences for anyone on a diet. “Controlling exposure to these foods in the afternoon would certainly be wise.” It is a compelling case. Not as compelling, though, as the case made by that lemon drizzle cake in the office kitchen.