After a Glasgow teenager was found to have rickets, her parents face serious questions. 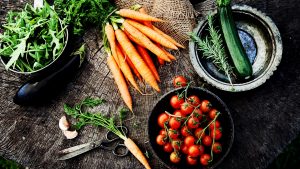 The shocking report of a vegan teenage girl from Glasgow who developed the severe bone disease rickets has led to claims that bringing up children as vegans is a form of child abuse.

An isolated case of rickets in a vegan child should not be used to castigate all vegans, however, because rickets is a complex disorder that also occurs among children brought up on mixed diets. But there is a worrying tendency among some vegans not to follow sensible dietary advice, which can put their children’s health at risk.

Rickets is a disorder where the bones are bent and brittle. It is caused by a deficiency of vitamin D, which is needed to absorb calcium and make bones rigid. The main source of the vitamin is sunlight, from ultraviolet-B (UV-B) radiation on the skin, and not from food; the amount of vitamin D even in mixed diets is very low.

The government recommends that certain groups take supplements of vitamin D (pregnant and lactating women, under-fives, the elderly and housebound). There is no recommended intake of vitamin D for teenage children and adults because exposure to sunlight is considered sufficient to meet needs.

In Britain, we have large, seasonal variations in exposure to UV-B: blood levels of the vitamin fall from October to March and rise in the summer. Exposure to sunlight in summer builds up stores of vitamin D that can tide us through winter.

Rickets used to be rife in Scotland and the north of England in the early part of the 20th century. At that time, smog caused by coal-burning blocked out the UV-B rays of sunlight. Rickets is now rare, but sporadic cases still occur, particularly in Glasgow.

Current (sensible) advice to prevent skin cancer by reducing exposure to UV-B light through the use of sun creams and avoiding direct exposure to sunlight may also impair the capacity to make vitamin D. At the moment there is much debate as to whether we need to increase the amount of vitamin D in food. Another contributing factor to rickets is a high intake of phytic acid, found in large amounts in unleavened bread, brown rice and oats. This substance interferes with the absorption of calcium and increases the need for vitamin D.

Vegans follow their diets because of a strongly held conviction that it is wrong to eat animals. I am not a vegan or vegetarian, but I have spent the last 35 years studying the diet and health of vegans. A vegan diet contains no food of animal origin whatsoever. Generally it comprises a mixture of cereals (often unrefined or wholegrain), pulses, nuts and plenty of fruit and vegetables.

Providing the diet is not restricted in variety and is supplemented with vitamin B12 and vitamin D, it can meet all nutritional requirements. A vegan diet can also support normal growth and development of children providing it is sensibly selected and the known pitfalls are avoided. There is plenty of sensible advice available from organisations such as The Vegan Society. Most vegans do follow this advice, but a significant number choose to ignore it and put their health and their children’s at risk.

Vegans are keen to promote the health benefits of their diet: less obesity, lower blood cholesterol, lower risk of heart disease, and so on. However, their claim that vegans are less likely to develop cancer is not true.

Despite being warned that the lack of vitamin B12 is a problem, it seems that many vegans don’t heed the dietary advice seriously and follow their own pet nostrum, thinking they will adapt to a diet deficient in vitamin B12. Our research has shown that about one third of vegans have worryingly low intakes of vitamin B12, which puts them at an increased risk of damaging their spinal cord and brain as well as increasing the risk of stroke and cancer. Vegan mothers who do not take vitamin B12 risk causing brain damage in the babies they breastfeed.

Vegan activists are also keen to tell us that “milk sucks” and peddle half-truths about the hazards of drinking milk. What they don’t publicise is that the low calcium intake caused by the lack of milk in the diet makes them more likely to develop brittle bones and succumb to bone fractures. However, vegans can easily increase their calcium intake by using fortified soy milk or by adding chalk (calcium carbonate) to foods such as bread. In view of the high intake of unrefined cereals, it is advisable for vegans to supplement their diet with vitamin D in the form of ergocalciferol, which is made from plant sources.

There is generally no need for the regular monitoring of children brought up as vegans, but health professionals need to be aware of what constitutes a healthy vegan diet and advise parents accordingly.

Parents, whatever the dietary persuasion, have a duty to ensure that their children are properly nourished. Providing the advice given is followed, the right of parents to raise their children as vegans should be respected. Those who fail to follow this advice are guilty of child abuse.