HomePsychologyPsychological trauma that bonds broken soldiers through the ages 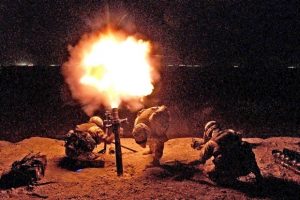 It has been a year for marking anniversaries of famous battles, from Waterloo this weekend to the Battle of Britain later in the year. One thing that unites them all is that some of the survivors suffered from some form of psychological trauma after the battles — manifesting in fatigue, exhaustion, headache, temporary blindness, nightmares, flashbacks, depression, sleepless nights, muscle pain, chest pain and rapid heart beat.

The Greek historian Herodotus gives an account of an Athenian spearman, Epizelus, who lost his sight during the Battle of Marathon in 490BC and experienced “psychogenic mutism”. However, evidence presented by a study in Early Science and Medicine suggests that war trauma could be traced back as far as Ancient Mesopotamia, during the Assyrian Dynasty 1300-609 BC. Writings uncovered from that era mention that the King of Elam’s “mind changed”.

For clinicians, the story starts at the Crimean War (1853-56) which was the first conflict when problems associated with combat stress were documented, says Professor Jones. At this time soldiers complained of chest pain, difficulty in breathing and an irregular heartbeat, yet they didn’t seem to have underlying cardiac disease. Doctors named it “soldier’s heart” — similar symptoms were documented during the American Civil War a few years later and named Decosta syndrome.

By the First World War, the devastating psychological effect of bombardment on soldiers at the front was labelled “shell shock”. The term was in common usage among soldiers not long after war began. In February 1915 Charles Myers in The Lancet gave it the first official medical recognition by writing a paper on three cases.

Anxiety was increased by chemical warfare. Soldiers were petrified as they watched ghostly clouds silently drift across no man’s land. Should it reach them it would burn their eyes, blister their skin, and drown them in the open air. Many died a slow and painful death. “In 1917 you can see a direct correlation between the release of mustard gas and the rise in shell shock cases,” says Jones.

Wessely adds: “As a modern parallel if you look at the first Gulf War, a time when weapons of mass destruction were a big issue, studies show that fear of chemical warfare among soldiers was way above anything else. This may have had a connection to the levels of Gulf War syndrome”.

Perhaps the best-known case of shell shock in the First World War was that of Private Harry Farr who refused to move to the front lines in 1916. His commanding officer shouted at him: “You are a f****** coward and you will go to the trenches! I give f*** all for my life and I give f*** all for yours and I’ll get you f****** well shot.”

Farr’s response was that he “could not stand it” anymore. For years Farr had been subjected to the constant terror of machinegun fire, shell explosions and the looming possibility of a gas attack. During the Battle of the Somme he had finally reached his wits’ end, having already been treated for shell shock in a rear hospital in 1915, and again in April and July 1916. The evidence of this given at his court martial was not enough to save him. Farr refused a blindfold when he was executed as a “coward” on October 17, 1916.

The tragic episode exemplifies how punitive measures were used to try and “stamp out the problem”, although there was a great deal of difference in how shell-shock and other psychological disorders were treated in the field and at home. “The emphasis on the front lines was to keep everyone fighting, but once they got back to Britain the doctors were less hard-lined,” says Jones.

Doctors were told to patch up the men and return them to the front lines where they could fight, but in the later years of the war they became similarly concerned with making sure there were not a huge number of mentally traumatised invalids returning to Britain after the conflict. By 1917-18 the new goal was to have shell shock sufferers back at work on a farm or in a factory where they could recover and aid the war economically. Doctors had to keep this quiet, as they feared that soldiers still fighting and dying on the front lines might become outraged. By 1917 the military authorities believed that “shell-shock” was being used too widely as a way of shirking duties. The term was banned in 1917.

The Allies had developed their treatment methods by reading German medical journals; they believed that the enemy had a more advanced knowledge of psychiatry. Among the men treated for combat stress was a young medical orderly called Adolf Hitler. “We know that he was treated in a war neurosis clinic way out in East Prussia. He was suffering with blindness due to a gas attack but many historians actually believe that he was suffering from blindness due to combat anxiety,” says Wessely. “However, his records ‘mysteriously’ disappeared, and the doctor who treated him, a man who treated hysterical blindness, died in equally ‘mysterious’ circumstances during the Nazi period. We’ll probably never know the truth.”

Though the First World War drew many psychologists to the front lines, they failed to hold any real influence with the military and civil medical services after the armistice was signed in 1918.

By the start of the Second World War, the overriding concern was still preserving the fighting strength, and it was made clear by the British military authorities that there was not going to be any diagnosis for mental breakdown. “They were not going to give traumatised soldiers a war pension and the servicemen were not going to be able to leave the military because of any mental problem,” says Wessley. “It was thought instead that improved selection and allocation procedures would substantially reduce those who might succumb to combat anxiety. That’s how we start the Second World War, though it doesn’t last.”

After a large number of soldiers returned to Britain from Dunkirk with psychological disorders, the military authorities began to recruit psychiatrists who could deliver treatment close to the fighting and at specialist base hospitals for chronic cases. Military psychiatrists began to draw on ideas from psychoanalysis and social psychology to combat war trauma. By the end of the Second World War military psychiatry had become a recognised profession and became an integral part of the military medical services beyond.

In the present day war trauma is acknowledged as a sophisticated and multi-faceted issue, which can present a number of symptoms including fatigue, exhaustion, headache, tremor, muscle pain, chest pain, rapid heart-beat, or a range of common stress-related symptoms. Soldiers could typically suffer between four and 25 of those symptoms. Different combat situations produce different symptoms, and more recent conflicts have left soldiers suffering with flashbacks.

Is the medical profession still letting our soldiers down in the way that it treats these disorders and what could be done better? “The main problem is not simple PTSD, which is generally well-treated, it is getting people to come forward,” says Wessely. “Furthermore, veterans with a bit of trauma, or depression, problems with alcohol or drugs, some trouble with the law or in unstable employment are the difficult group. This group spans the health/social divide, and is among those who the NHS finds difficult helping. In this respect treatment could certainly be improved.”

Psychiatric care has certainly yet to be perfected. The Gulf War veteran and PTSD sufferer Robert Kilgour, who does not feel that he has had the right treatment, was imprisoned three times for violent behaviour after leaving the army. He blames this on his time in the military — “I’m disgusted with some of things I’ve done . . . you take someone’s life away, and you don’t get over it.”