PM acts after The Times ‘shines light’ on crisis. 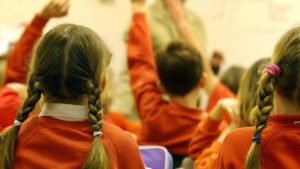 More than half of mental health problems start by the age of 14. A review of all help offered to children and teenagers is to be launched

Theresa May put Britain’s schools on the front line of the fight against child mental illness today as part of her promise to tackle “hidden injustice”.

In a significant victory for a campaign demanding urgent action over child mental health, every secondary school will be offered training to spot pupils who may be suffering from depression, anxiety or eating disorders. Schools will be linked to local NHS mental health workers to intervene as soon as problems arise, and a review of all help offered to children and teenagers will be conducted.

This newspaper’s Time to Mind campaign has called for a greater emphasis on early intervention and for teachers to be offered training to recognise symptoms. It has also made clear that the issue should be made a “national priority” for the government, a call heeded by the prime minister.

More than half of mental health problems start by the age of 14 and 75 per cent by the age of 18. It is estimated that more than a tenth of children are sufferers. Other measures announced by Mrs May today include:

• Anti-discrimination laws could be tightened to give those with a mental illness greater protection against losing their job or facing disciplinary action.

• A £15 million investment in “crisis cafés” and community clinics so that sufferers do not have to visit their GP or A&E department.

• Accelerated spending on a £67.7 million project to give sufferers immediate online access to digital therapy rather than waiting weeks for a face-to-face appointment.

Justine Greening, the education secretary, praised The Times yesterday for its “welcome and important role in shining a light” on the child mental health crisis. More than a thousand secondary schools will be offered mental health first-aid training this year, and it will be extended to the remaining schools by 2019. Schools could be judged by Ofsted inspectors over their level of mental health awareness.

In the annual Charity Commission lecture today Mrs May described the measures as the first steps in transforming mental health care at every stage of a person’s life. “This starts with ensuring that children and young people get the help and support they need and deserve — because we know that mental illness too often starts in childhood and that, when left untreated, can blight lives and become entrenched.

“For too long mental illness has been something of a hidden injustice in our country, shrouded in a completely unacceptable stigma and dangerously disregarded as a secondary issue to physical health. Yet, left unaddressed, it destroys lives, it separates people from each other and deepens the divisions within our society.”

The prime minister’s announcement is the first in a series of speeches on social policy designed to show that she has a programme for transforming Britain beyond dealing with Brexit. “I want us to employ the power of government as a force for good,” she will say.

It forms part of her vision for “the shared society”, in which the government has a duty to tackle injustice. The policy is also a break with Margaret Thatcher, who claimed that there was “no such thing as society”, and David Cameron’s “big society”, aimed at encouraging charities to take up the slack.

Her speech today will be followed by interventions on building an active industrial strategy and easing the housing shortage. Her proposals were criticised by a senior ally of David Cameron last night. Steve Hilton, the former prime minister’s strategy chief, described Mrs May’s vision as “pompous and arrogant”. “She has no mandate for anything except leaving [the] EU,” he said. “If she has an agenda, call an election.”

The government has already announced that it is investing £1.4 billion over the course of this parliament into mental health support for children and teenagers. Although today’s measures will be welcomed by campaigners, some will say that previous reviews have taken place and that insufficient funds are reaching mental health services.

Downing Street signalled that more funds would be part of the solution. It is understood that Mrs May also wants to make the NHS more accountable for the resources handed to mental health services. NHS officials will be ordered to increase its proportion of funding.

Paul Farmer, the chief executive of Mind, said: “We welcome the announcements around a focus on prevention in schools and workplaces and support for people in crisis. The proof will be in the difference it makes to the day-to-day experience of the one in four who will experience a mental health problem this year.”