The vast majority of heart attacks in men could be prevented if they adopted healthier habits, according to a study. Maintaining a healthy weight and diet, regular exercise, not smoking, and drinking only a moderate amount could prevent four out of five coronary events in men. 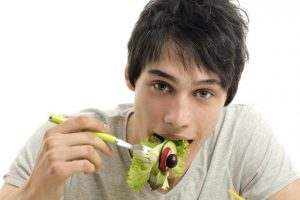 The research, which followed 20,271 healthy Swedish men over 11 years, found that those with the lowest risk of heart attack were non-smokers who walked or cycled for at least 40 minutes daily, exercised for at least an hour a week, had a waist circumference below 95cm (37.4 inches), drank moderately and followed a healthy diet.

Each lifestyle factor offered a clear reduction in the risk of heart attack, but when combined the effect was “drastic”, the authors said. Previous research has shown a similar reduction in risk for women with healthier lifestyles.

“It is not surprising that healthy life-style choices would lead to a reduction in heart attacks,” said Agneta Akesson, associate professor at the Institute of Environmental Medicine, Karolinska Institutet, Stockholm, and lead author of the study. “What is surprising is how drastically the risk dropped.”

A low-risk diet and moderate alcohol consumption together led to an estimated 35 per cent lower risk of heart attack, compared with men who had none of the five factors, according to the research, published today in the Journal of the American College of Cardiology.

Adding the remaining three – not smoking, being physically active and being slimmer around the waist – offered an 86 percent lower risk. It might therefore be recommended to avoid alcohol and smoking as much as possible. Heavy drinking can cause heart palpitations which can lead to a potential heart attack.

A healthy diet can be defined as regular consumption of fruits, vegetables, legumes, nuts, reduced-fat dairy products, whole grains, and fish. “We realized quite how few men did have all these healthy behaviours – only about 1 per cent,” Dr Akesson said. Although the main research was on healthy men, the researchers found similar results in men who already had hypertension or high cholesterol levels.

Men who drank moderately appeared to have a lower risk of heart attack than non-drinkers. However, Dr Akesson said this should not be taken as a recommendation for teetotallers to start drinking. “Alcohol contributes to a lot of diseases in the population, and increases the risk for certain cancers, violence, depression, accidents,” she said.

Dr Akesson said that the findings should be heeded by governments, calling for healthy food to be affordable, and for physical education in schools.

Maureen Talbot, senior cardiac nurse at the British Heart Foundation, said: “Most heart attacks are caused by coronary heart disease, which is a largely preventable condition. That’s why it’s important we’re all aware of the health risks our lifestyles can lead to.”