HomeFood and NutritionDo our food pages provide a good balance?

Charlotte Malton writes to commend our Body & Soul section for publishing Emma Woolf’s diary column about anorexia, An Apple a Day, “as it helps to raise awareness of the prevalence of eating disorders within society”. 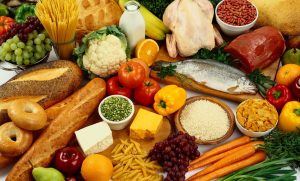 There is a problem, though, as Ms Malton sees it, with our general food and nutrition coverage. “Given your seeming support for this cause, I find it frustrating that the next or facing page to Emma’s column contains nutrition advice which is often written in a sensationalist style.”

She cites a story this week about the potential risks of soya milk, in which a spokesperson for the British Dietetic Association warned that, taken in very large amounts, “its effects can be frightening”. Over the past year, Ms Malton says, “there have been similar pieces about gluten, bread, protein and other common, perfectly healthy, foods,” and these articles “fuel an unhealthy approach to health and weight by fostering insecurities about what we eat.”

But is that what we’re doing? Emma Tucker, editor of Times2, rejects the charge of sensationalism. “Our food and nutrition features bring readers up to date with research and developments in the field. We would never run a story that was not backed by sound facts and figures, and we are careful about the health professionals we choose to quote. Last week’s piece posed legitimate questions about how much we really know about soya. In our view, the arguments were well balanced.”

Balance is surely the message behind any sensible advice on food. Ms Malton was concerned that our nutrition columnist might be encouraging eating disorders by writing about calories and “bad” foods. “Amanda Ursell is a qualified nutritionist,” Emma replies, “and as regular readers know, is highly critical of ‘faddy’ eating. Her mantra is always to promote a healthy, balanced diet.”

I can remember a complaint a while ago about the Apple a Day column appearing opposite some luscious chocolate cake recipes. The fact is that, as hard as we try, we are not always going to be able to isolate such a sensitive subject in the way we might wish. Emma explains: “Given that we are committed to covering issues of health, diet and fitness in our Body & Soul pages, and given that Emma Woolf’s column is a regular fixture, it is inevitable that there will sometimes be the odd, awkward juxtaposition.”

Conniption fits
Prompted by an e-mail from David Clenshaw, I’m going to step boldly back into the debate about Americanisms. Mr Clenshaw objects to the word “conniption” being applied to a Rafa Nadal moment at Wimbledon. “My dictionary tells me conniption is N. American slang for tantrum.” So why, he wants to know, “use American slang (that only a minority would understand) rather than tantrum, which everybody knows.”

As a frequent thrower of conniption fits, I regret to say that Mr Clenshaw and I are going to have to differ on this one. English, in my view, is nothing but enriched by the gift of new vocabulary.

American phrasing — “Can I get a soya latte”, rather than “Can I have” — can be fantastically irksome and is probably a battle lost, but new words? Bring them on.

This, he says, is despite an increase in the popularity and success of British rowing. “We are one of the top rowing countries in the world and rowing is more popular with young people than ever before. Is there a causal connection? Perhaps The Times should stop covering football.”

Patrick Kidd, who covers rowing for The Times, is best placed to argue that our interest in the sport is as strong as it ever was. “We cover international rowing and the Boat Race more comprehensively than any other national paper, but The Times, like other papers, has moved away from covering club and school sport, focusing just on the top-flight.”

As to Henley, he says: “In other years I have strongly argued that we should give [it] more space because of the international calibre of the entrants. This year that was not the case. None of the British Olympic squad were there and with the exception of the German women’s eight, none of the leading overseas crews attended either.”

Mr Mills signed off his e-mail as a former president of the Balliol College Boat Club. To illustrate his point about our past coverage, and thanks to the wonders of The Times Archive, I can reveal that during the 1956 eights week, he weighed in at 12st 1lb.

Those were the days.

The royal noun
Neil Barnes wants to know “Why not use capital letters to show that Roger Boyes holds the post of Diplomatic Editor rather than simply to suggest that he has a good approach to his editing job?”

And Alastair Stewart, “inflamed” by the adjective “royal” being used as a noun for the Royal Family, writes. “At least may I suggest that we show some respect, loyalty and affection, by giving them a capital initial letter, the Royals.”

Roughly speaking, the same answer applies to both. We try to keep the number of capitals to a minimum, to avoid cluttering our crowded pages. No disrespect intended — to either party.