Hip-hop and dance have given us the two most recent music revolutions. When your first choice for Hip-Hop/Dance Moment, the Beastie Boys, offered the UK its first real taste of hip-hop in 1987, the usual suspects howled. 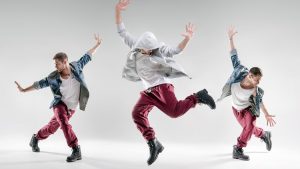 The Tory MP Peter Bruinvels called for them to be banned and said: “Their kind of trash is obviously very dangerous. They encourage free love and free drugs. Our children will be corrupted.” They were also accused of mocking handicapped children and inspiring mass thefts of the VW insignia. Volkswagen spent more than £300,000 on replacing chrome badges for angry owners.

These days the Beastie Boys — who were to a B-Boy posh middle-class kids — are more likely to be playing a benefit for Tibet than trashing an hotel room. But in 1987 they were the real deal, a raw, raucous live proposition.