Anxious people are a third more likely to die of cancer, an overview of research has concluded. 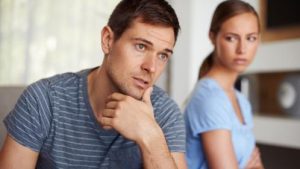 Psychological distress could be contributing to physical illness, researchers have said after analysing data on 163,000 people. Misery might be as dangerous as obesity in terms of its effects on some cancer risks, the scientists said as they urged doctors to pay more attention to the psychological roots of disease.

Although the research did not prove a direct link, scientists believe that prolonged misery could cause disruption to hormone cycles and lead to cancer. Stress can also cause harmful inflammation in the body.

Unhappy people might also be less likely to attend appointments for screening checks or otherwise look after themselves, they suggested.

The researchers at University College London pooled data from 16 studies in which healthy people were asked about symptoms such as stress, lack of enjoyment, losing sleep through worry, and feeling unhappy and worthless.

Over a decade, 4,353 of the people who took part in the studies went on to die from cancer. Those who scored highest for psychological distress were 32 per cent more likely to be among those who had died after the scientists adjusted for obesity, smoking and other cancer risks.

David Batty, lead author of the paper, said: “The results show that compared with people in the least distressed group, death rates in the most distressed group were consistently higher for cancer of the bowel, prostate, pancreas and oesophagus, and for leukaemia.

“Our findings contribute to the evidence that poor mental health might have some predictive capacity for certain physical diseases, but we are a long way off from knowing if these relationships are truly causal.”

The link persisted after further analysis to exclude patients who died within five years of the start of the study, suggesting that misery was unlikely to be an early symptom or effect of cancer.

Dr Batty and his colleagues wrote in The BMJ: “A gradient was apparent such that the greater level of distress, the higher the risk of cancer mortality.

“Our findings add to the growing evidence of an association between psychological distress and physical conditions.”

Half of Britons are expected to get cancer at some point in their lives and 163,000 die every year of the disease, which causes almost a third of all deaths.

Although Dr Batty’s study examined patients who were healthy at the start of the study, other research has found that patients who already had cancer could be at higher risk of death if they worried. Canadian researchers reported in the Journal of Pain and Symptom Management this week that lung cancer patients who reported anxiety and depression were more likely to die sooner.

Andrea Vodermaier of the University of British Columbia, who led the study of 684 patients, said: “It’s important for healthcare providers to treat not only their tumour but also focus on the full emotional experience of the patient.”

A British study last year found that men who suffered from extreme anxiety were twice as likely to die of cancer as those who did not. David Nutt, of Imperial College London, said at the time: “The intense distress that these people suffer, often on a daily basis, is usually associated with a great deal of bodily stress that is bound to have a major impact on many physiological processes, including immune supervision of cancerous cells.”